I want to use the auto-syncing magic of CouchDB to finish building my PWA app. This necessitates PouchDB on the frontend. I’ll wire that in later, but first, I’d like my CouchDB instance to live in the sky, and I’m skint, so "No" to CouchBase for now. That leaves rolling my own. Now according to GCP, I can have a compute instance for free(-ish): 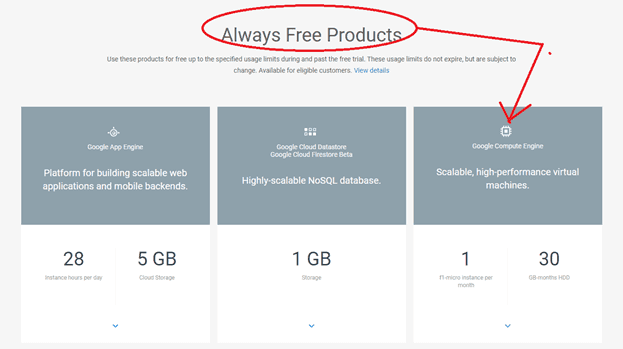 And then there’s this install guide, So here goes nothing. Yikes!

** DISCLAIMER - this is the masochistic route: you can totes spin up a Bitnami couchdb config'd VM on GCP and (supposedly) just get on with your life, but this is the slow road to maximise learning about compute and GCP in general. I also for some reason thought the Bitnami one would cost more - not sure that it does. **

Go to your GCP console > Compute Engine and click to create a new instance!

Once it's up, your instance should be assigned an external IP address and you should be able to ping it.

2. Connect to the Instance

You can connect directly in-browser - just use the ssh menu on the instance: 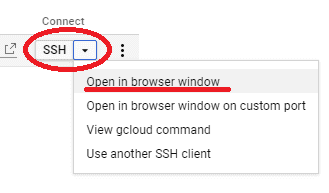 Decided to forego enabling OS login for now which seems to be the opposite of the ssh-enabled logins? Not fully comprehending.

Btw: The cloud SDK command for ssh'ing from your local commandline is: cloud compute --project pid ssh --zone "us-east1-b" instance where pid is your gcp project ID and instance is the name of your new compute engine instance. Substitue other things like zone as needed. I wasn't using the cloud SDK at this time.

A wee bit of housekeeping:

I followed the outline here: https://cloud.google.com/nodejs/docs/setup

close your gcp ssh terminal and reopen. Then:

That's it! node is installed and the last stable version has been made your default node version.

Kicking off a tiny server just to illustrate... e.g. index.js:

and then just run it with node index.js just to see if you can hit up your server external ip in a browser.

Didn't work, eh? Hehe. That's what happened to me too. The port # is too low/restricted, and I'm not root. Fixed this by giving the nodejs executable the CAP_NET_BIND_SERVICE capability (see things I learned, bottom of page):

Starting the server this time worked and I could hit the machine from my browser! Whoo!! What does this prove? Not a lot. I told you this was an optional detour. Onwards:

Because what I won't do, is install this thing from source. So I'm following this guide instead. Follow instructions for your flavor of 'nix. Everything that follows is for Debian 9:

Gah! "E: The method driver /usr/lib/apt/methods/https could not be found." 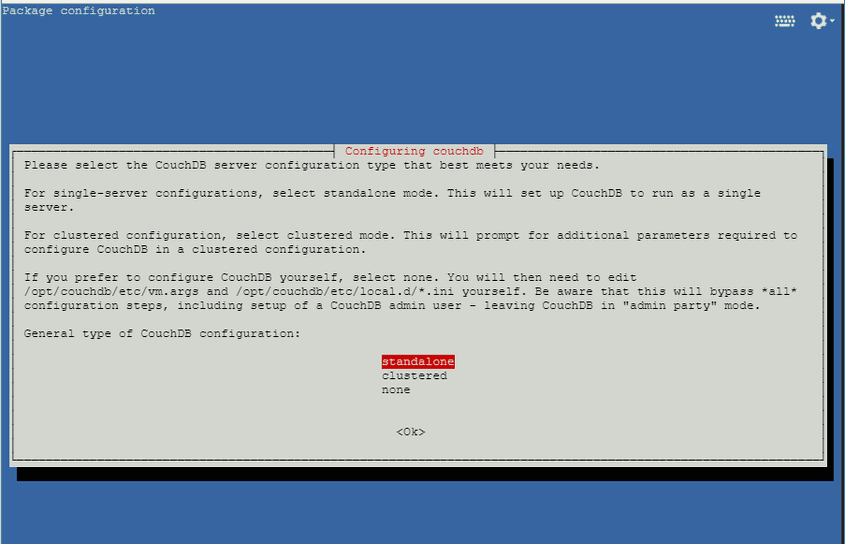 ps -ef | grep couchdb at this point will show that couchdb is actually running.

6. Add a Couchdb User to the machine

Referred to this doc, which said to run adduser --system --shell /bin/bash --group --gecos "CouchDB Administrator" couchdb. But it "couldn't find adduser". Trying as sudo worked, but then it said user 'couchdb' already existed. Wha...?? This part was confusing... The command id couchdb revealed that it was indeed a system user. su - couchdb asked for a password and I tried using the one I thought I'd created earlier. Natch, it didn't work, cos that password was for a DB admin, NOT a system user. But, brain fartz. Panicking, I did this foolish thing:

It was only until step 9 I realized how completely barmy I'd gotten at this point.

Moving on swiftly: echo $HOME reveals this user's home directory as /opt/couchdb. So the lines:

...and in fact all the following lines in that section of the install guide made precious little sense. So I'm just going to run with the assumption that the documentation simply hasn't caught up to reality, and everything couchdb needs is ACTUALLY already nested in /opt/couchdb/*/*... and I mean, the perms look about right, don't they? 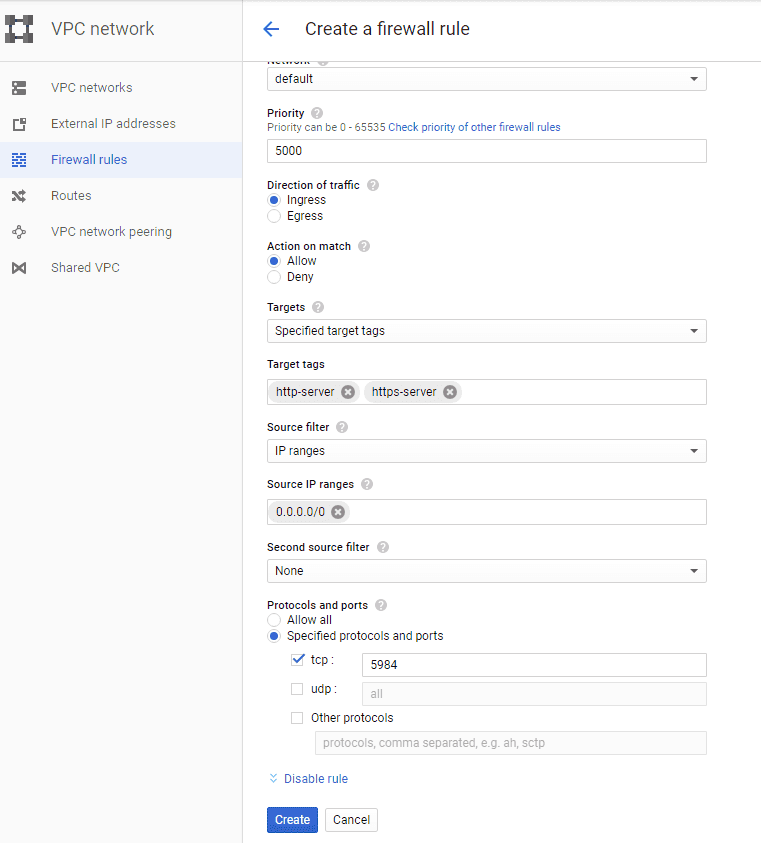 8. Bind to the external port of the machine

The point is to be able to reach this db from my local machine, so I edit the [chttpd] block in CouchDB's config file. The config file lives at /opt/couchdb/etc/local.ini, and the edits amount to:

So to get to the management console (named "Fauxton"), you hit the url with the format external-ip:port/_util/. Where 'external-ip' is the external IP of your compute instance, and the port # will normally be 5984 for couchdb (as configured in steps 7 and 8). Go that url, and then this is what you see! 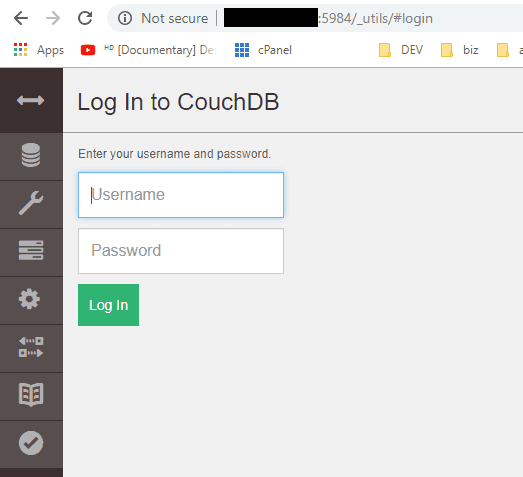 When I tell you I swore a blue streak when I saw that screen! :)

And I was able to log in with the admin db password I'd created way back at the end of step 5! Whooo!!

I hope these steps help somebody out there!